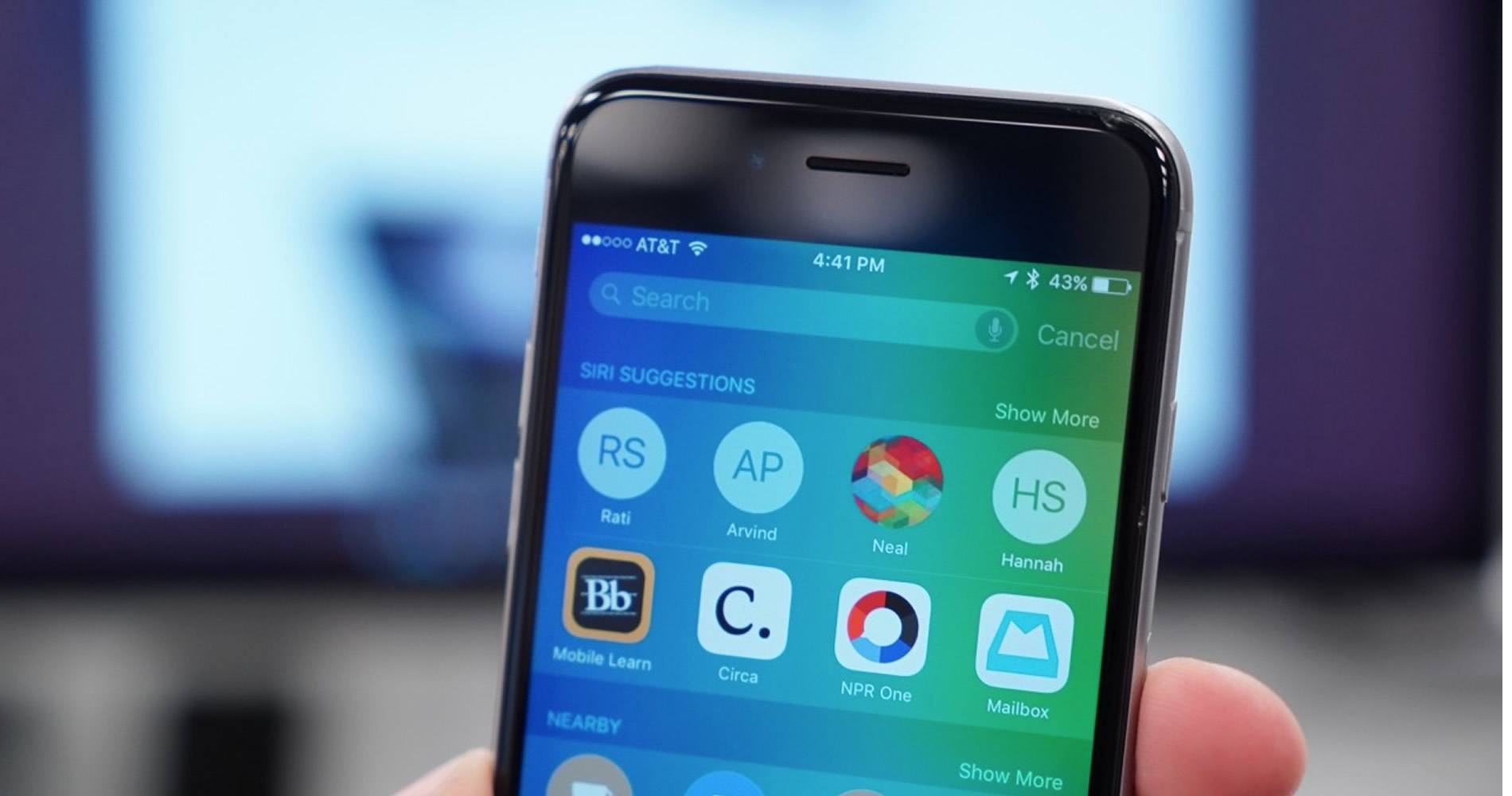 The 10 best iOS9 features you need to know about

Yesterday, someone over at Apple finally got to smash a glass window with a tiny hammer and press the big, shiny red button that had been staring at them shouting “PRESS ME, PRESS ME!” for months on end to finally unleash iOS9 on the world.

Apple claim to have made a number of improvements to i0S9; naturally, some of them won’t work and will have people complaining on Twitter in no time. For now though, here are some of the best that supposedly work.

Apple say that users will get an extra hour of battery life from the tweaks they’ve made to iOS 9. Pfft. I’ll believe it when I see it, but if it’s true, it will definitely improve everyone’s experience.

Just in case it isn’t as promised, Apple have included a Low Power Mode, so as soon as you get to 1%, you can turn it on and live dangerously for longer than ever before.

This is a great addition. You can now see which apps drain the most battery, which, leading on from the last point, should help you to save even more battery. Battery which you can waste playing Angry Birds or Candy Crush or whatever you’re playing these days idk.

Multi-tasking allows iOS9 iPad users to use two apps at once, as seen in the picture below.

This feature for iPad is pretty handy. It allows you to play a video or FaceTime in a small window while browsing on the rest of the device. So say you’re watching that film with that guy in from that TV show and you can’t figure out who it is, you can quickly jump onto IMDB and work it out without having to pause.

This will also be very handy for leaving YouTube videos playing in the background, when you want to listen to music while browsing Instagram.

If you’re an iCloud user, you can now download the iCloud Drive app, which allows you to easily and quickly browse through all of your files straight from your device.

iOS 9 requires users to use a 6-digit passcode instead of 4. I know what you’re thinking: “Wooooooow”.

While this isn’t the most exciting of developments, it is actually quite important, especially for all of the celebrities out there who don’t wants people taking a peek at their private parts again any time soon.

Rather than 10,000 possible combinations, the addition of two extra numbers on the end of your passcode means one million possibilities.

Although, the headlines for the next celebrity leak will just read, “Apple add extra 2 digits to passcode; everyone changes passcode from 1234 to 123456; nudes leaked”.

Since the dawn of time*, the settings menu in iOS has been dubbed man’s worst enemy**. There’s nothing more frustrating than trying to find a setting, only to find yourself lost, hopeless and crying because of Apple’s answer to The Labyrinth.

Thankfully, Apple have realized that there is a better way: the search bar.

iOS9 has a search facility right at the top of the settings menu, allowing you to quickly search for the feature you’re after, saving hours of time and gallons of tears.

Hate clicking on a link and being sent from Twitter to Safari? Be at peace. Apple have included a new back button which lets you jump back to the last app you were using.

This means that rather than having to exit, you can just tap back and you’ll be right where you were before you got moved on.

The back button will appear in the top left-hand corner of any app you’re using.

This feature should’ve been present from day one. Now, when you’re typing and you press shift, the letters on the keyboard change to either upper or lower case. A small feature, but a useful one nonetheless.

In my opinion they should’ve just got rid of the feature altogether. Who on earth even uses it? Nobody. That’s who.

Anyway, you won’t have to worry about that annoying pop-up anymore, because you can finally turn off the Shake to Undo feature. Hallelujah.