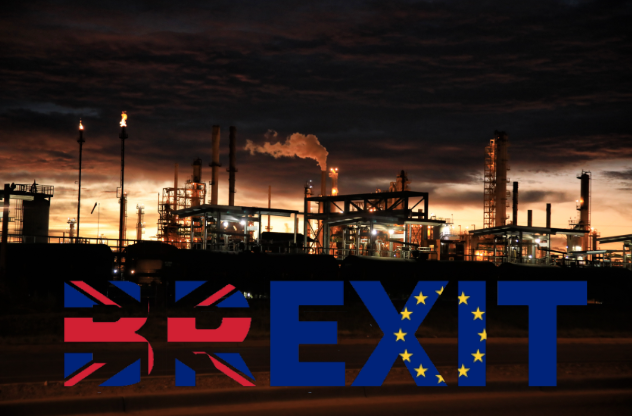 3 advantages and disadvantages of Brexit for High Volume Manufacturers.

Leaving the EU is likely to bring both opportunities and challenges for high volume manufacturers.

For instance, many high volume manufacturing companies are worried about a possible end to tariff-free trade, while others see Brexit as an opportunity to do more business with lower-cost suppliers in countries such as China.

Three potential advantages and disadvantages of Brexit for high volume manufacturers are listed below.

The potential of access to new markets for UK high volume manufacturers to work with could be one advantage of Brexit.

Along with the US and China, the BBC recently reported that Theresa May held discussions at the G20 Summit on ‘ambitious economic partnerships with Australia, Chile, Canada and Japan, among others’.

Although any deals can’t be drawn up until after Brexit, this could open up many new expanding markets worldwide to establish agreements with and sell products in and out of at a lower tariff rate, so that UK manufacturers would no longer feel limited to dealing just with the EU. This could be an advantage of Brexit for manufacturers.

So, there will be an opportunity for British high volume manufacturers to sell more of their British products to people living in Britain, which can only be good news for the British economy.

Indeed, many companies are already basing their marketing on the fact that their products are ‘Made in Britain’, so there is a chance for savvy manufacturers to sell themselves based on the fact they can help suppliers and retailers with this.

Another advantage of Brexit for high volume manufacturers is that although it may cost more to initially source products from inside the UK if they are then manufactured and sold in the UK too, this could lead to products getting to market faster than ever.

So, although prices may be higher initially, there is a chance that this faster turnaround could lead to more products reaching the shelves and more money being made along the supply chain.

Buying supplies from the UK also means there are no language barriers, no delay due to dealing with companies on different time lines and less delay in travel time, which should again, theoretically, shorten the time to market.

One of the biggest fears surrounding Brexit could be the issue of increasing costs.

If no deal is struck whatsoever. the EU’s Common Customs Tariff rates (CCT) could be applied to products being imported into and exported from the UK.

This means that the UK will be treated the same as other non-EU countries, whereby they will have to pay higher import tariffs (e.g. 30% tariff on sugars and confectionary, 20% on tobacco and beverages etc).

This is a problem that John Calland, Head of External Affairs for Tilda discussed with The Guardian. “Leaving the Customs Union means the UK will get third-country status. That could bring with it large tariffs.“

The Guardian also points out that ‘58% of manufacturing companies said they would have to increase prices to offset foreign currency costs.’ The Guardian carries on to state that ‘nearly half said they had already passed some of these additional costs on to customers.’

Any rises in prices would have a huge impact on the world of high volume manufacturers as the Manufacturers’ Organisation, EEF, state ‘52% of total manufactured exports by value went to the EU in the 12 months to April 2016. Manufacturing accounts for a whopping 45% of all UK exports.’

Many companies based in the UK have already started to lose employees to EU countries due to uncertainty. Foreign workers can’t trust that everything will be ‘OK’ post-March 2019, they need stability, so they’ve already upped and moved on elsewhere in the EU and beyond.

Some Pro-Brexiters may see the loss of foreign workers as a good thing but unfortunately, it’s often the case that UK workers do not want to do the lesser skilled, lower paid jobs that migrants do. This, in turn, is likely to leave high volume manufacturers understaffed and overpaying.

At times of uncertainty, many companies decide to hold off investing or trying to grow their business, instead deciding to wait and ride out the uncertainties to see if they can get a better lie of the land.

The ft reported that this is the case, stating that business ‘investment (is) only 2 per cent higher than at the time of the Brexit vote and 0.2 per cent lower than a year ago.’

Although investment is higher than in 2015, the ft points out that with employment actually being at its highest since 1971 you would expect this figure to be higher.

The hope is that once D-Day March 29th has passed, investment will begin to rise again .

The counter of this though is that companies could move their high volume manufacturers operations away from the UK.

There are steps that you can take now to prepare for Brexit.  In these times, where every penny matters, every bit of margin is being squeezed and any changes need addressing as soon as they happen, a business intelligence tool like sales-i is especially helpful.

sales-i is business analytics software that works on both your desktop and on mobile that links with your financial data to alert you to customers who are spending less than usual or who have stopped buying altogether.

You can determine, too, if a certain product line is performing better in these uncertain times, allowing you to set a promotion to push this product even further.

It does all this in real time too, allowing manufacturers to respond immediately to any changes in demand or sales.  The need for business intelligence/analytics in the manufacturing industry seems essential in these changing times.