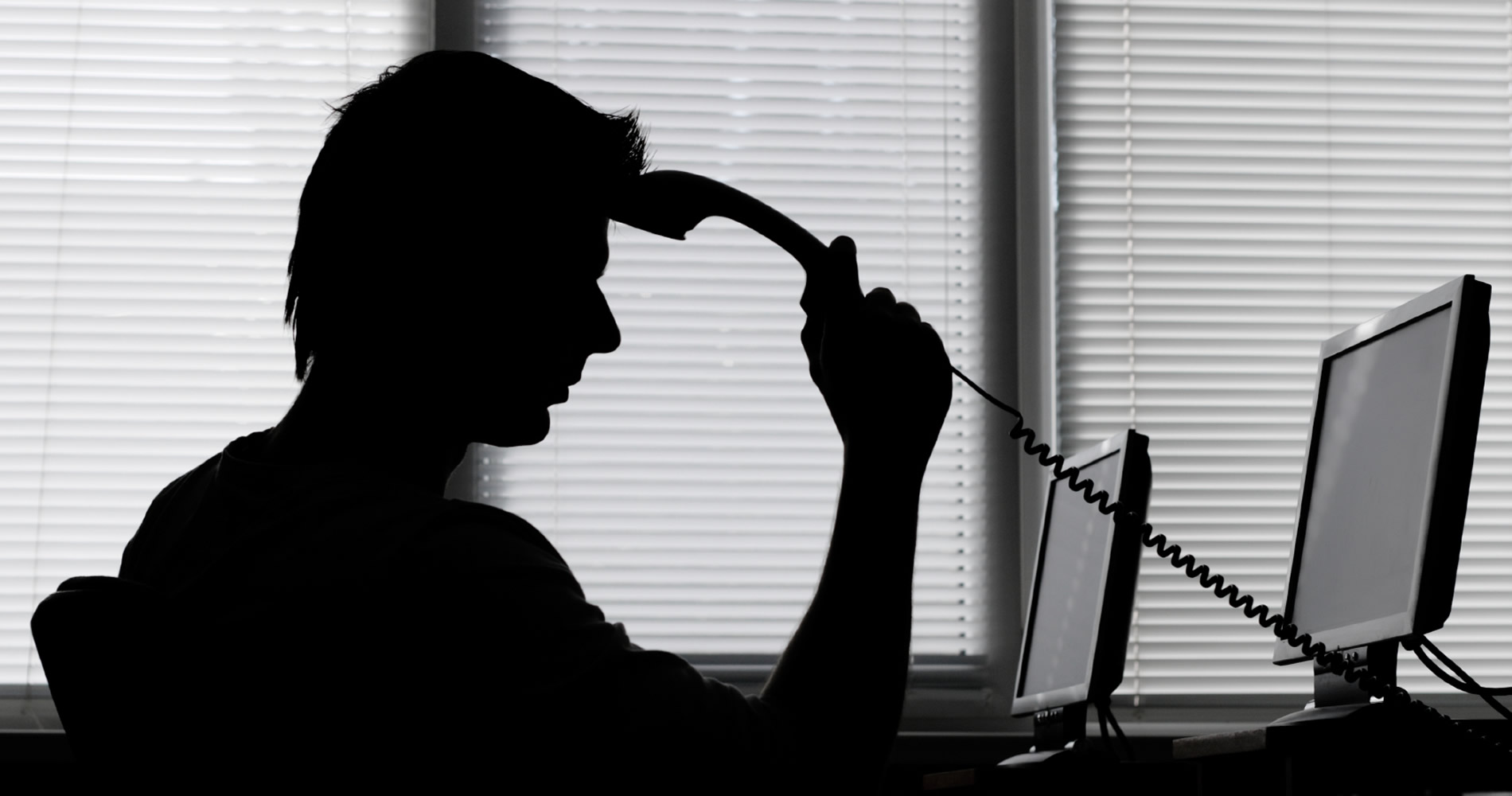 All salespeople know that the sales game is one of skill, wit and, above all, psychological trickery. One wrong question, phrase or word and you can go from hero to zero in a matter of moments.

That’s why it’s so important for all salespeople to learn from their mistakes whenever they make them. A lot of salespeople will blame a sales prospect when things suddenly take a turn for the worse, and while sometimes a prospect is to blame, it’s incredibly important to ask if you did anything wrong before blaming anyone but yourself.

Even better than learning from your own mistakes though is learning from the mistakes of others, or reading articles like this, so you never have to make them for yourself. Below is a list of 5 things which no cold sales prospect should ever have to hear from a salesperson.

Ah the TV detective. Sherlock Holmes, Lieutenant Columbo, Scooby Doo. No matter who your favorite fictional sleuth is, there’s a key lesson that you should take from them: anything that anyone says could be a clue.

To that end, whenever a prospect is talking, it’s your job to listen, because listening to everything they have to say will give you all the clues you need to know if they’re a good fit and, if they are, at which point in the sales process they’re currently at.

Too many salespeople make the mistake of delivering information before they receive it, and many even make the mistake of not receiving it at all. Obviously by the title of this section I don’t mean that you shouldn’t be heard whatsoever, but, as a general rule of thumb, go with the Pareto 80:20 principle: the voice of the prospect should fill 80% of the call.

If you get the right information before trying to pitch, you’ll be able to frame your pitch in a way that suits the prospect nicely. But, if you do what many salespeople do and get absorbed by the task of reciting your script, your pitch is nothing more than a shot in the dark, fired only with the hope that the right person at the right stage in the sales process is on the other end of the phone at precisely the right time, which is pretty unlikely.

You don’t need to know how they are, so don’t waste your time asking. Have you ever heard a prospect say anything valuable in response to this question? I doubt that you have. Nobody has.

I understand that people ask this to be polite, but it’s actually quite an intrusive question, especially if you don’t know them. A much more valuable question to ask is “Have I caught you at a bad time?” If the prospect is about to go to a meeting or is waiting for another phone call and you don’t ask this question, he or she will have to cut you short, which will make you feel like they’re just making an excuse to get you off the phone.

If you do ask this question, you’ll hear one of two answers:

This allows you to do something invaluable: arrange another call at a better time for them, at which point they’ll agree to give you some time to listen to what you have to say. Throw in an email a day or two before the call to make sure they’re still ok to talk, with a complimentary “I know that you’re busy so thanks very much for agreeing to talk to me” and you’re good to go.

This answer is even better. If they say something to the effect of “No, how can I help you?” then they might as well be saying, “No, I can dedicate some of my time to talking with you”. As soon as they’ve committed to this, the world is your oyster. They’ll more than likely be open to not only listening to your questions but answering them too, and as long as you listen, the call should give you everything you need to qualify whether or not you should spend your time working on the lead.

Don’t insult decision makers by getting them on the phone and asking basic questions about their company. The fundamental details of 99.9% of firms can be found on their website or social channels, so don’t be so lazy that you don’t bother looking.

LinkedIn is a fantastic way to find out everything you need to know about a prospect in a short space of time. If you learn how to use LinkedIn like a social ninja, you’ll be able to work out exactly what the prospect’s company is like, who the prospect is and who they like to think they are, all of which will help you endlessly when trying to build a relationship.

Do your homework and it will show the decision maker that you actually care about their company. Ask them basic questions, and you’ll just look lazy.

4. “I’m not going to try and sell you anything”

Erm… yes you are.

I’ve heard this a few times and it never ceases to make me feel like the salesperson is assuming I’m stupid. “A salesperson who isn’t trying to sell to me? Okay, that sounds legit.”

I understand that some salespeople feel like they should say this at the point where they’re trying to work out if someone is a good fit or not, because, at that stage, you technically aren’t trying to sell anything. But still, it’s a completely unnecessary statement.

If you try and pull the wool over the eyes of a prospect in any way, shape or form, or if you make them feel that way, they’ll feel disrespected. Just let the conversation flow by asking intelligent questions, (hopefully) receiving intelligent answers, and using all of this information to talk about the value you can add to their business.

This follows on from my last point about trying to pull the wool over a prospect’s eyes. Keeping things off the final cost to keep the number down, only to add them in at the final hurdle makes you look dishonest and can be an instant turn-off for potential clients. They’ll start to ask themselves what else you’re hiding, and will probably look to go with a more transparent company than yours.