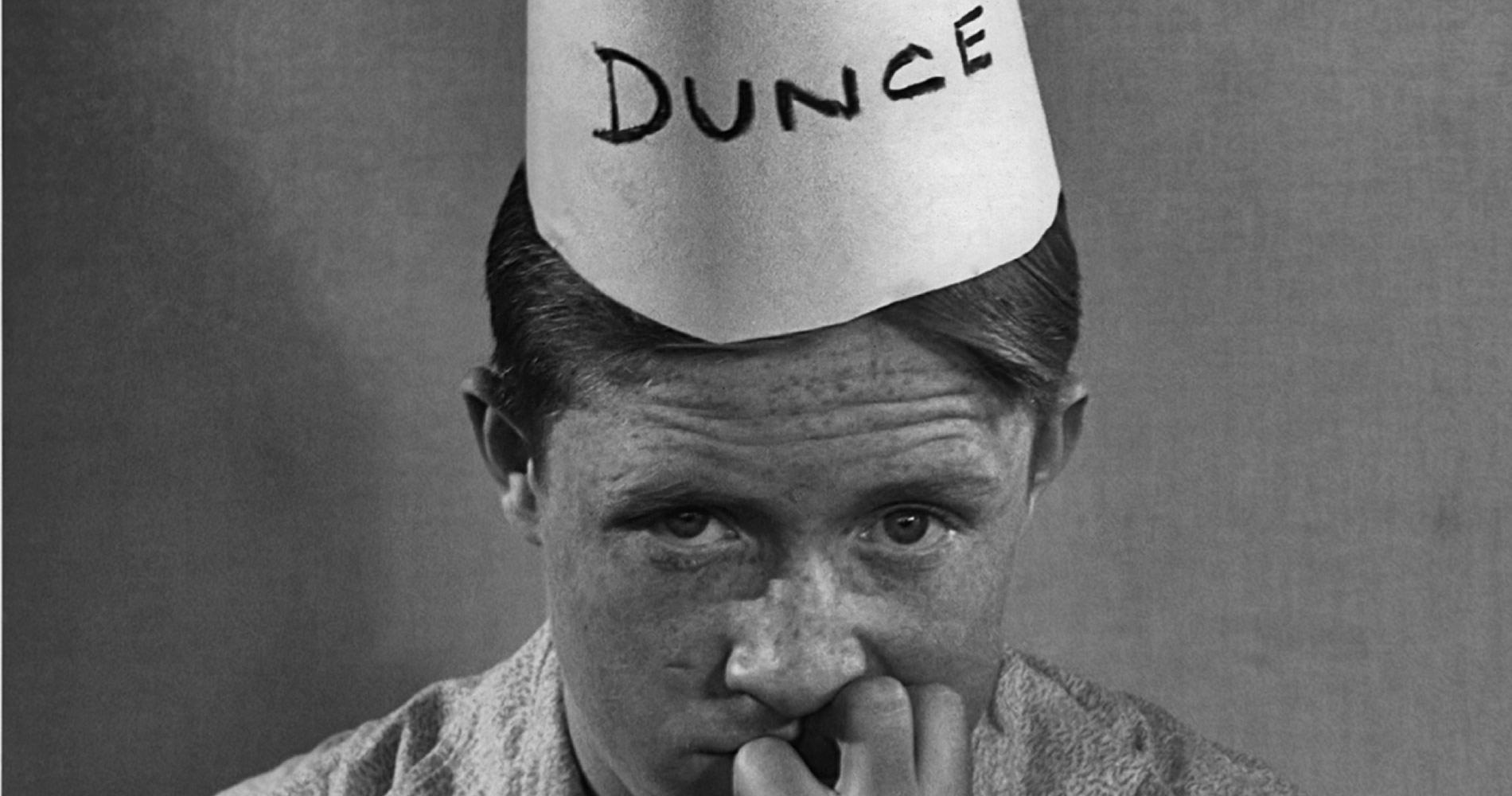 8 words and phrases that make any salesperson look stupid

You’ll never see a person go from hero to zero as quickly as someone who says something really stupid and instantly regrets it.

For salespeople, this very personal problem can quite easily become a professional one, too.

Just in case the customer or prospect is having a bad day and in case you don’t want to be having one as well, there are certain words and phrases that you should avoid at all costs.

Think of your sales call as a minefield and of saying the things in the list below as tap dancing across that field.

Oh, so you weren’t planning on being honest anyway? And what about what you just said? Was that all a lie?

Don’t do anything to suggest that honesty is an issue or that the prospect should even consider not trusting you. As long as you listen to the prospect, take on what they say and make a good connection with them, they’ll believe that you’re honest.

Make them feel valued on a personal level and not just as though they’re the meeting before your next meeting. This is the best way to earn real, long-standing trust.

“Oh, so am I not smart enough to understand the complicated version? Nice one. Tell you what, I’ll go and speak to a sales professional that doesn’t think I’m an idiot.”

Be careful with this word. While most people probably won’t take offense if you say it once, saying ‘basically’ over and over again will relay the idea to the prospect that you’re telling them everything in really simple terms, which, in turn, will make them feel as though you think they’re simple.

By all means explain things in simple terms (we’ll come to that further down the list), but don’t make the prospect feel as though that’s because they’re stupid.

Unfortunately, we’ve become accustomed to using gap fillers in recent years, but they sound really grazing when used over and over again. As a salesperson, you’ll want to be as likable as possible, so when speaking to a decision maker who hasn’t got much time for your call anyway, you’ll want to do everything you can to ensure you don’t get on their nerves.

Speak clearly, don’t mumble and do as much as you can to avoid the ‘ums’, ‘errs’ and ‘likes’. If you need to think then think, just be quiet about it.

Also, don’t just think of gaps between statements as awkward silences; when used correctly, they can be important and powerful tools in selling.

If you say a key statement – something that’s really important to the success of your pitch – leave a second or two’s pause straight after that statement. This will allow the prospect to really think about what you just said. But if you say something really impactful and immediately fill that pause with an ‘erm’ or an ‘ok, so’, all you’ll do is steal their attention away from something that may have otherwise sealed the deal.

Work out where the key statements in your pitch are, practice those particular phrases, sayings and sentences and make sure you leave a tactical pause after saying them.

The key difference is that something can be cheap and not any good at its job. Something that’s good value, however, cannot; it simply does its job very well for the amount it cost.

Always talk about your price and your benefits alongside each other to really make it clear that the price you offer is good value for money.

Whenever asked about, speak openly about the price, but then add on: “and for that you get X, Y, and Z, and that even comes with the A, B and C”. By tacking the benefits/features on at the end of the price, the prospect is more likely to think the product is good value. If, however, you just throw a number at them, they might think you’re either cheap or expensive.

As long as people associate your benefits with the cost they’ll pay, they probably won’t have a problem with paying more than the competitor will charge. Unless your company seriously overcharges, that is, in which case it’s even more important to talk about benefits over cost.

6) Negative comments about a rival

By constantly saying bad things about a competitor, you bring your company down to the competitor’s level.

You also make it seem as though you feel threatened by the competitor in question, which puts you in a position of weakness.

As long as you ask the right questions of your prospect, you should be able to identify their key challenges. In turn, this will help you to frame your benefits in a way that sounds appealing to the prospect and makes your product or service sound like it will solve their problems.

Do this successfully and you won’t need to compare yourself to the competitor; they’ll do that anyway. Just paint such a good picture of your own company that when the prospect does make comparisons you come across as the strongest option.

Problem is a very negative word with very negative connotations. Don’t ask someone about his or her problems or talk about the problems in their industry.

Keep things positive and talk about their challenges.

Using acronyms that people might not understand means one thing: you’ll lose them. If you use an acronym that a prospect or customer doesn’t get, they’ll do one of two things:

1) Be too proud to ask what it means, meaning they won’t understand what you’re talking about from there onwards, potentially ruining part of your pitch.

2) Swallow their pride and ask you what the acronym stands for and means. If they do this and you have to explain anyway, you may well have just kept it simple in the first place. It’s just a waste of everyone’s time.

Use acronyms if you’re certain that they’ve got good experience of the arena and know exactly what you’re talking about, but for those prospects and customers who are likely to still be in the educational stage, keep things as simple as possible.