How to encourage your sales team’s adoption of SaaS 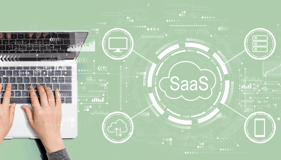 After a great start to the 2018 BTCC season for sales-i sponsored Power Maxed Racing at Brands Hatch earlier this month, the team have continued the season in style with two podium finishes at Donington Park this weekend.

As rain threatened the Derbyshire circuit, PMR’s Josh Cook was setting blistering lap times in the free practice sessions. Along came qualifying and Josh stepped up to wow us all. Serving up an unbeatable lap time, Josh took his place at the front of the grid for the first race at Donington. With teammate Senna Proctor starting from a respectable P15 out of 32 cars, we all watched with bated breath as the team held their own and showed the crowd exactly what Power Maxed Racing can do.

Cook left the pack for dust for the next 16 laps to score his maiden BTCC victory with Proctor following behind in 8th.

Race two saw championship leader Tom Ingram fight his way up from 13th on the grid to score first place, with Cook and Proctor crossing the line in 7th and 22nd respectively.

Enter race three and another astounding result for team PMR and Josh Cook. The final race of the day saw the arrival of the safety car and a clash between PMR’s Proctor and Plato lead to his race coming to a premature end. With his head down, Cook pushed hard for his second win of the weekend. As he battled behind Morgan and his Mercedes, the second win sadly evaded him and Cook finished up in a very well deserved P2.

The weekend’s results have put Power Maxed Racing into the top spot of the team standings with Josh moving up to third in the drivers’ table.

With two wins and three podiums under their belt, 2018 is certainly shaping up to be a great one for the team.