UK housebuilding hits 7 year high: how will this affect the construction supply chain? 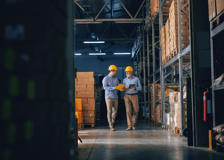 How to increase sustainability - by focusing on your customers 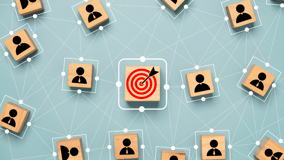 Yet in early January of this year, the UK Government set an even more pressing target of achieving 200,000 completed homes in 2016. As the UK housebuilding industry continues to get back on its feet and dust itself off from the market slump which started 7 years ago, how could this growth impact the construction supply chain?

Local suppliers could lose out

Your local independent builder’s merchant or timber yard could really feel the wrath of the industry giants during the current surge in housebuilding projects.

On the face of it, an increased demand for building products is seemingly positive, but it could have an adverse impact on the smaller suppliers that simply aren’t able to meet demand or match the lower price points of industry heavyweights or international markets.

Buyers will be looking to buy construction materials and products in bulk at knock-down prices, an offer that some smaller suppliers may not be able to deliver. As the sector becomes increasingly competitive, the strongest players will be those that thrive and survive. Those that can’t compete on price or offering will likely miss out on business to their larger counterparts.

As such, it comes as no surprise that the industry has been dubbed the ‘worst sector for insolvencies’ in the UK.

Construction companies could be hit particularly hard by the UK’s continued housebuilding. As demand surges for more and more skilled labourers to work on construction sites, wages could be set to rocket. The disproportionate number of people joining the industry as apprentices compared to those leaving for retirement or another calling is only adding to this problem. As 15,000 apprentices don their hard hats every year, over 60,000 are leaving the industry at the same time.

With demand for skilled labour predicted to soar while its availability continues to drop, workers are able to be pickier and demand a far higher wage than in previous years.

The salary of a typical bricklayer increased by 20% in 2013 while a report in the International Business Times concluded a brickie could command day rates of up to £200-£300 and those that are particularly experienced could be earning close to £100,000 a year in a housebuilding boom.

While still not enough homes to solve the UK’s housing problem, the increase in the number of properties built will only stand to benefit buyers. The introduction of the Government’s Help to Buy Scheme, local authorities affordable housing plans and shared ownership schemes put buyers in a more advantageous position than ever before.

Barratt Developments, the UK’s largest homebuilder, has sold over 7,500 properties in the six months to the end of 2015, up 9.4% on the last year. Despite house prices slowly creeping up, the incentives encouraging individuals to buy have “been absolutely central to what we are doing,” says Barratt’s CEO.

According to the Halifax, housebuilding is still only running at around half of what’s needed to meet demand. As costs at every stage of the supply chain rocket and demand continues to outstrip supply, house prices will only continue on their upward trend.

So, despite the impressive (and necessary) increase in the number of homes being built, actually selling them is another story.