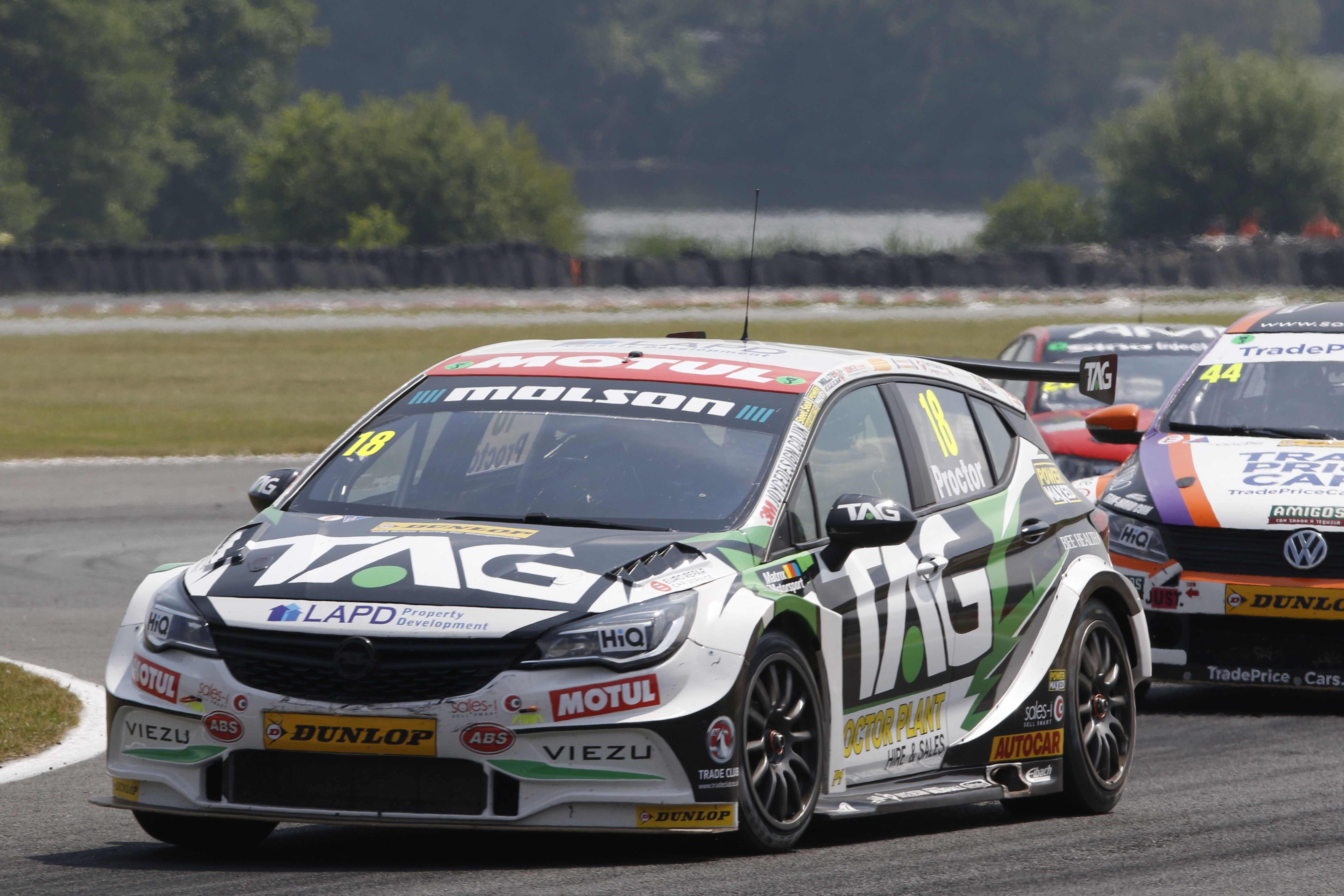 This weekend saw the British Touring Car Championship descend on Oulton Park. As the sun beat down on the Cheshire circuit, track temperatures were tipping the early 40s.

After 3 consecutive race weekends of podiums, blistering lap times and incredible driving, Saturday morning’s free practice sessions set the tone for what would be a challenging weekend for the sales-i sponsored Power Maxed Racing team.

With Cook carrying additional weight into qualifying, both drivers fought tooth and nail to set some impressive lap times. Despite there being just 8/10ths of a second between Josh and the eventual pole sitter, Cook and Proctor qualified in P20 and P28 respectively.

Not one to be dampened by Saturday’s performance, team PMR knuckled down on race day to try and fight their way back up the grid in race 1. Cook breezed past rival Morgan in the first lap and a few retirements worked in his favour as he finished up in a respectable P17 maintaining his hold on second place in the drivers’ standings. Meanwhile, teammate Proctor was hit with a loss of power just over half way through the race and finished up in P28.

As optimism reigned supreme, both drivers started race 2 strong. Renowned for being an incredibly narrow circuit, Josh was hit on the approach to Cascades and slid through the gravel trap. He managed to re-join the action but was forced into the pit lane to ensure the car wasn’t too damaged to continue. The car was given the all clear and Josh screamed back onto the circuit a lap behind the rest of the pack. Sadly, he finished up in P28 despite a heroic drive from the 26-year-old.

Proctor started race 2 in P28 and battled hard to eat away at 12 positions to cross the line in a respectable P16.

Enter race 3 and absolute carnage. 4 cars were involved in a brutal incident in the early stages of the race. With 4 cars and a lot of debris strewn across the circuit, the stewards red flagged the race to a stop. As Proctor weaved his way through the collision, Josh was safely away from the incident in the pit lane. Both drivers put on an impressive show once the race was restarted, with Cook and Proctor finishing in P11 and P12 respectively.

Despite a challenging weekend for the team, Power Maxed Racing are still in the midst of the championship battle. Sitting pretty in 2nd place on the Manufacturers’ table and 5th and 11th in the Drivers’ table, Power Maxed Racing will be back with a vengeance in a couple of weeks’ time at Croft.