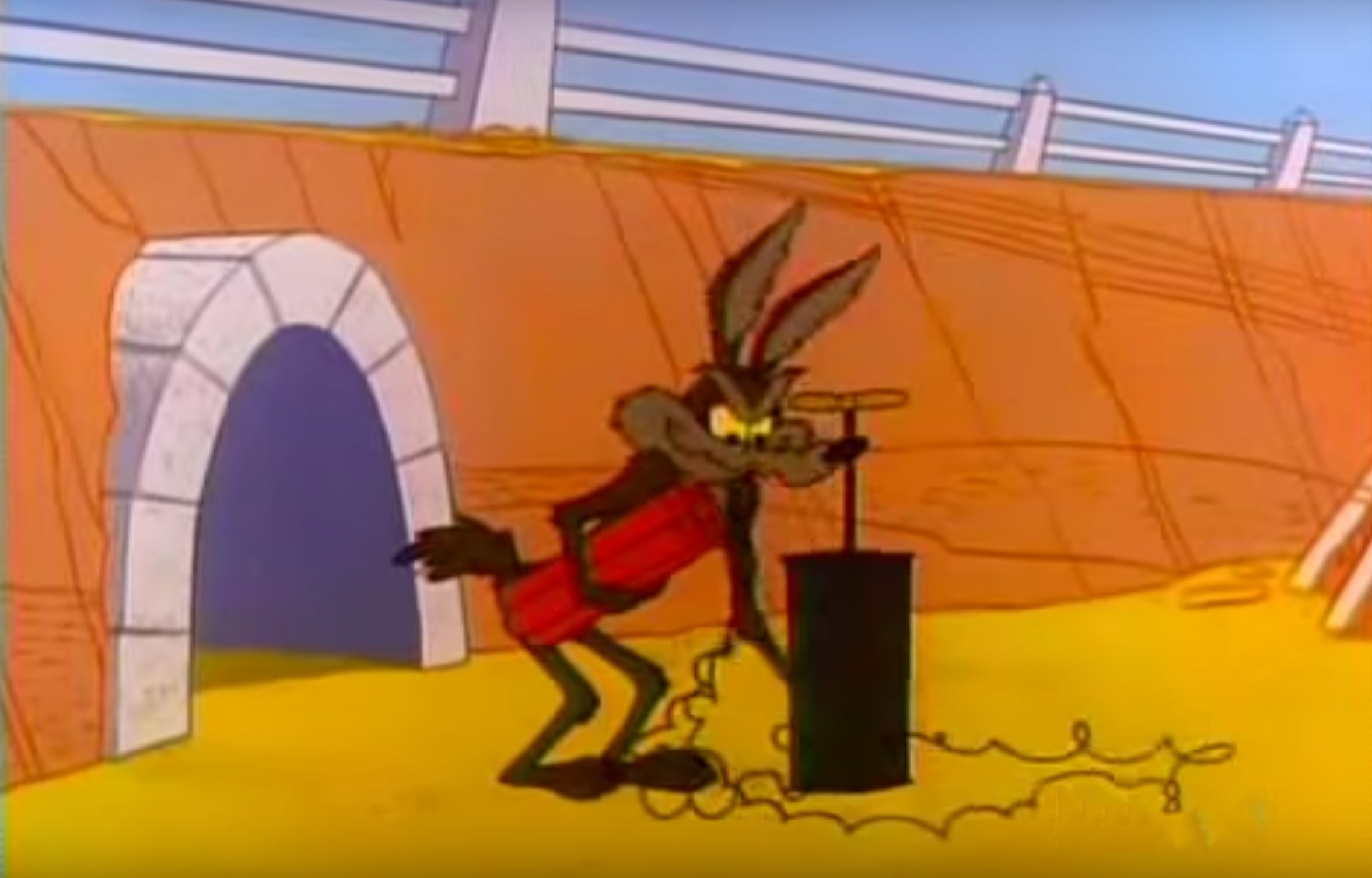 6+ Dynamite Words You NEED in Your Sales Emails

Many modern salespeople are masters of using their charm to woo prospects and keep customers loyal, yet their skills with the old keyboard can often be blunter than the back of a spoon.

Luckily for you, my colleagues and I know a thing or two about crafting sales and marketing emails that pack a proper persuasive punch.

Below is a list of words we use when trying to write simple-yet-powerful sales emails, content or collateral.

Often, I see emails and hear people on the phone saying that they were ‘just’ getting in touch, or that ‘just’ wanted to speak to me, or ‘just’ thought something.

Go back through the three examples and replace every ‘just’ with a ‘really’ or ‘had to’.

“John, I saw [their company name] online and I ‘had to’ get in touch…”
“Lucy, I ‘really’ wanted to speak to you about…
“Harry, we recently got XYZ new product in and ‘really’ thought it would be a good fit for you.”

Removing the flimsy, stale word that is ‘just’ and replacing it with something that shows your enthusiasm and passion is a great way to get attention, especially as ‘just’ is so often used when justifying your purpose for getting in touch.

You wouldn’t walk up to a beautiful girl or guy in a bar and ‘just’ have a chat with them. You went over because you instinctively, impulsively felt you had to.

The exact same feeling should drive your sales calls and emails: make the person feel like you’re getting in touch not because you’re being paid to, but because you felt you absolutely needed to as soon as you saw their company details or got a new product in that made you think of them.

I remember one of the very first things I learnt at university as clearly as though it was yesterday: the difference between cheap and value.

Saying that your product is cheap might sound like a positive at first, but have you ever actually considered the difference between cheap and value?

Describing something as cheap only refers to the price and suggests, whether to the logical mind or the subconscious, that it will probably be poor quality.

But if something is of good value, that’s a different story. 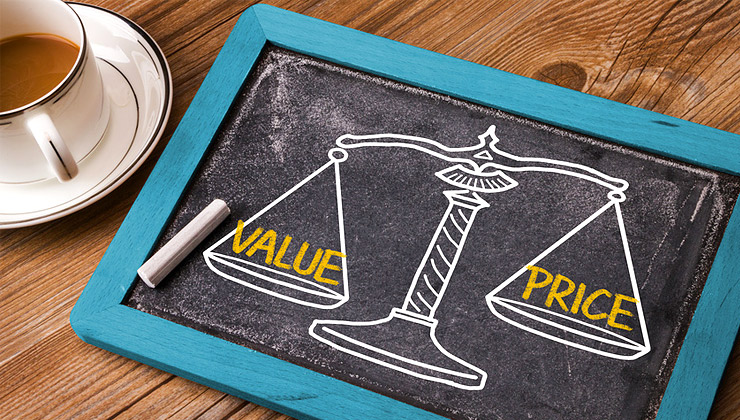 I mean imagine that you’re at your local Farmer’s Market and decide you want to buy a steak. By the time you get to the butcher’s stand, there are only 2 steaks left.

Now the first steak was cut by the butcher’s son, a junior in training. As a result, it’s nowhere near as well cut as those you’d normally see. As this butcher is still in training, it was taken from a poorer quality animal, too.

But the second steak, upon inspection, is a thing of beauty. Expertly cut, only a few marble-like white lines of fat running through it and the perfect amount of thickness to cook exactly how you like.

Now, if we look at the prices, the first steak is only $2, cheaper than the second, which is priced at $4.

But, considering you’d normally pay $5 in the supermarket for a piece the same size, and the fact you know this is probably going to be one of the freshest, most expertly-cut, highest quality steaks you’ve ever bought, the second steak is ridiculously good value.

Now of course, the key to my example is the correct use of the words value and cheap, but what’s just as important is illustrating to your reader or the prospect/customer exactly why your product is such good value.

Throwing value in there instead of cheap is a great psychological trick on its own, but if you back that up with some stone cold reasons as to why your product is such good value, you’ll find it incredibly easy to not only make new sales, but also to say no when someone asks for a discount; remind them of the value they’re already getting and you’ve got every chance of persuading them their current deal is solid.

I’m not sure if you’ve ever watched Mad Men or not but in my opinion, it’s one of the best TV shows of all time.

Weaved into the script, which is based on New York’s booming 1950’s advertising industry, are some fantastic sales insights.

One such insight is that the word ‘new’ is incredibly powerful in any advert or sales pitch.

Just slide your product in alongside the word new and you instantly create a buzz.

The reason is that people are always after the next best thing and we humans instantly – for right or wrong – associate a new version of something with the word better.

This is a cultural trend which is truer now than ever before, with the likes of Apple and Ikea having driven us to this point. It used to be the case that if something broke you got it fixed, but with it now either being so expensive to fix things or cheap to replace them, we instantly look to buy new.

People therefore love the word new; it grabs their interest and gets them excited before they even know if anything has changed.

Shreddies, a square-shaped cereal sold in the UK, Canada and New Zealand, even made a joke out of the trend in a hilarious ad campaign a few years ago; they released a new diamond shaped version, which was of course the original product turned 90º. 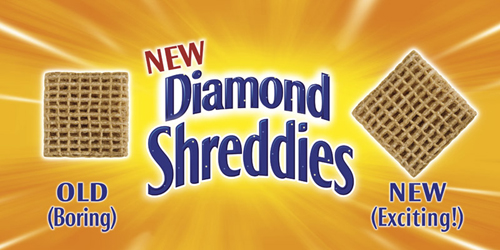 The funny, interesting and very worrying part of the campaign wasn’t just that they turned the product to make it seem new, but that in focus groups, people genuinely said that they preferred the diamond version (*facepalm*). The below video explains in more detail.

*This is taken from a brilliant TED talk by advertising legend Rory Sutherland which I’d highly recommend to anyone. You can watch it here.

To me, this proves 3 things:

1. People can be really, really stupid.

2. Using the word new makes people instantly think something has improved, even if it absolutely hasn’t.

3. See point one, because I can’t even begin to understand how someone can be that stupid.

As a salesperson, this is a trend you absolutely have to tap into, in your sales emails, in your pitches, in everything, especially when you’re up-selling.

You might have noticed this, you might not, but in my writing I constantly refer directly to you – yes YOU – the reader.

The reason this is such a great selling tool is that you constantly make your reader feel as though they’re having a conversation with you.

By writing exactly the way you’d speak if you were face-to-face, you engage the reader and keep them interested right till the end of your message.

Please though, for the love of grammar, make sure you know the difference between your and you’re.

If your reader does – and we’ll assume he or she does – they’ll instantly think you’re unprofessional and therefore be less interested in your offering.

Adding power words into your writing injects a little emotion in there, and emotion shows that you’re bothered.

A while ago, Smart Blogger wrote a great post (which you can find here) in which they analyzed one of Winston Churchill’s letters. Here was a section of the copy:

We have before us an ordeal of the most grievous kind. We have before us many, many long months of struggle and of suffering. You ask, what is our policy? I can say: It is to wage war, by sea, land and air, with all our might and with all the strength that God can give us; to wage war against a monstrous tyranny, never surpassed in the dark, lamentable catalogue of human crime. That is our policy. You ask, what is our aim? I can answer in one word: It is victory, victory at all costs, victory in spite of all terror, victory, however long and hard the road may be; for without victory, there is no survival.

Upon first read, you might not notice how many power words Mr Churchill used, but if you look at the same paragraph again, you should notice a fair few:

We have before us an ordeal of the most grievous kind. We have before us many, many long months of struggle and of suffering. You ask, what is our policy? I can say: It is to wage war, by sea, land and air, with all our might and with all the strength that God can give us; to wage war against a monstrous tyranny, never surpassed in the dark, lamentable catalogue of human crime. That is our policy. You ask, what is our aim? I can answer in one word: It is victory, victory at all costs, victory in spite of all terror, victory, however long and hard the road may be; for without victory, there is no survival.

Now I’m not of course expecting or even suggesting that you attempt to write anything as awe-inspiring as the above. Adding more power words into your sales emails and communications is, however, a great idea if you really want to grab some attention, especially when you consider that most of the sales emails your customers and prospects receive have all the personality of a cardboard sandwich.

There are a lot of great lists of power words online so feel free to Google away, but below are some of the best to use in your writing.

It’s such a simple, simple thing to say thank you in your email or call.

“[Name], thank you for considering us.”

“[Name], thank you for your business.”

“[Name], thank you for taking the time out to speak to me, I really appreciate it.”

These are phrases that will make even the Ebenezer Scrooge of all customers feel at least one of the muscles in their face attempt a smile and will act to make them realize that you’re not just some sales machine without a soul, but are instead a customer-focused human who seriously, genuinely cares.