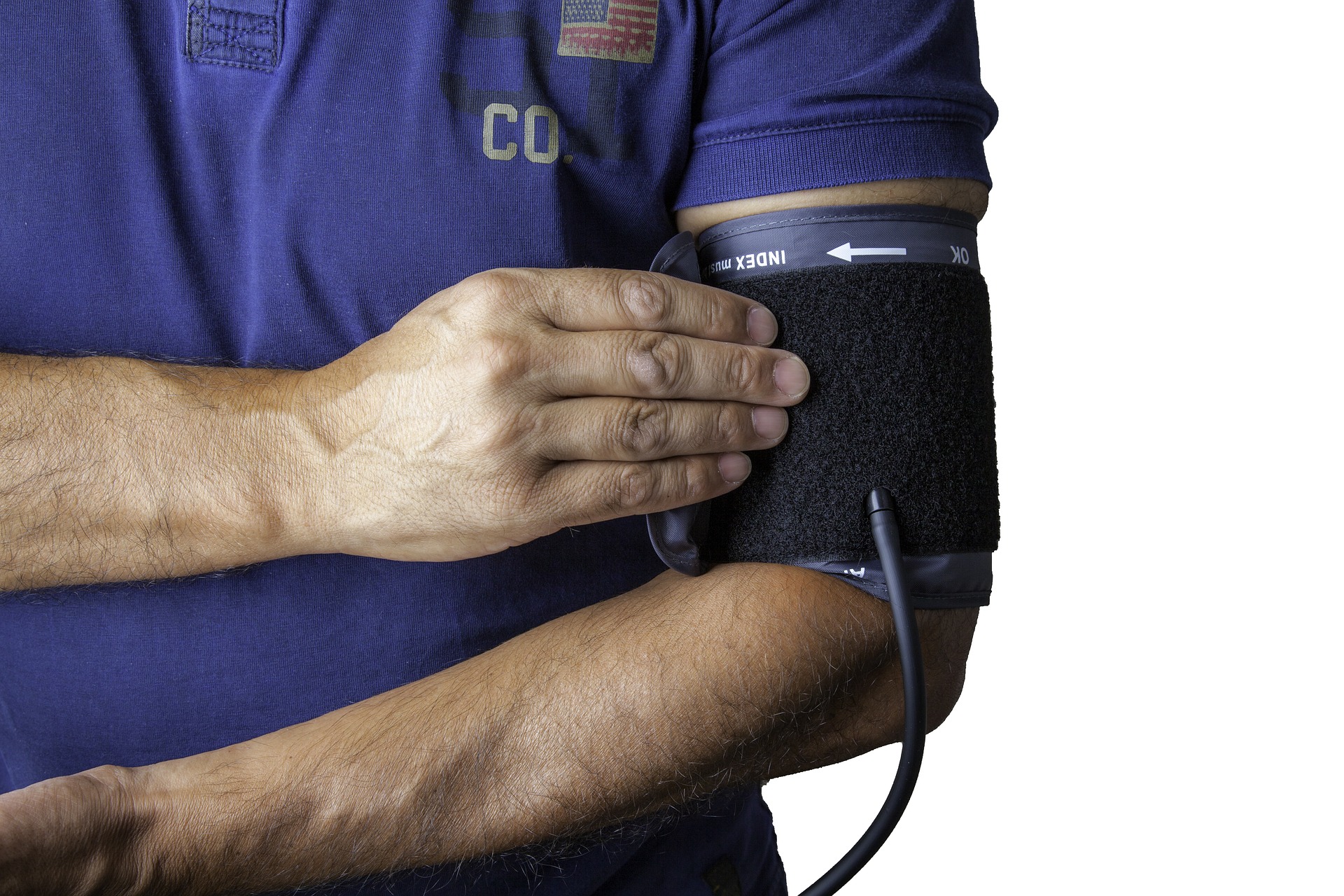 Brexit’s Impact on the Medical Supply Industry: Are you ready?

After 46 years of integration, shared innovation and open borders with the European Union, the UK now stands on the cliff edge of Brexit. As industries scramble to ready themselves for the opportunities and challenges that are coming, we ask: Brexit’s Impact on the medical supply industry: Are you ready?

The value of the industry, especially the pharmaceutical sector, is vital to ensuring the UK retains its place at the top table for future global medical developments.

If you are already working in the medical supply, medical equipment, pharmaceutical or Life Sciences fields you will know the tsunami of red tape, legislation, funding and supply-chain changes coming your way post-Brexit.

It is unclear whether trademarks registered in the EU would be applicable to the UK in the future. British Chamber of Commerce

Extricating the UK from existing governing bodies such as the European Medicines Agency (EMA), and the European established CE mark, isn’t an easy task. The fact that there is little to no information on how the government plans to replace these institutions, should Brexit make remaining within their control impossible, has many manufacturers concerned. So, concerned that there has recently been an exodus of company headquarters and project investments to more stable countries.

“Shared regulatory frameworks at EU level have been crucial in providing patients with faster access to treatments.” Brexit Health Alliance

The Government agree stating in their recent report that separation from existing bodies would increase the costs involved in bringing a new medicine to market by £45,000.  They go further to say that this would make the UK ‘an unattractive small market for specialised medicines… Without a continued relationship, there is a significant risk of the UK being a second-tier state for new and innovative medicines.’

The UK continues to be an extremely fertile environment for the Life Sciences industry.

Statistics from PwC show that the UK Gross Value Added (GVA) per employee in 2014 was 40% higher than fellow EU countries Germany and Italy, increasing to just under double the GVA achieved in France.

However, the closer we get to March 29th opinions poll results have started to shift. Now the majority see the UK as not an attractive place for healthcare research and manufacturing. 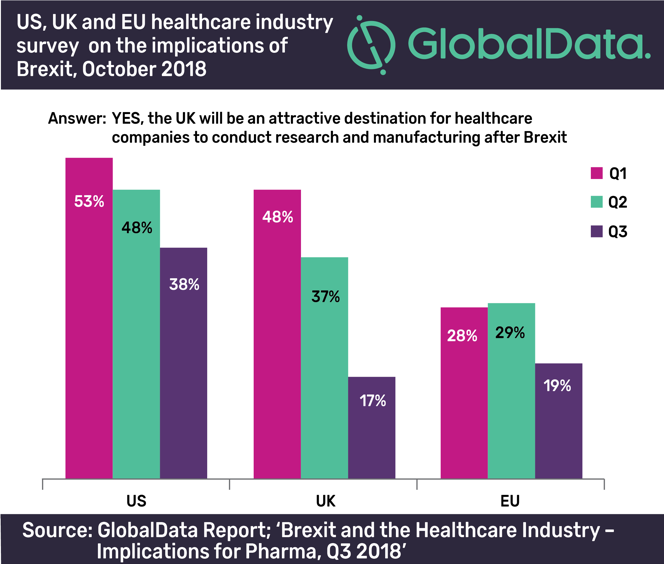 “UK medical device companies face the difficult choice of moving their regulatory operations into the EEA to maintain the certainty associated with compliance with Medical Device Reporting (MDR), or risk being perceived as makers of less effective devices, by continuing to base regulatory operations within the UK.’’

The commonly held fear across Life Sciences from the NHS to pharmaceuticals is the Brexit brain-drain. Will the UK be an attractive place for the world’s most talented to work? And if they do want to come and work in the UK, will they be able to?

Much of this will depend on the continued investment of larger companies to grow operations within the UK. Surely if the leading employers remain, talent should follow? The impressive average earnings of someone employed in Life Sciences industries comes in at £104,000, well above the £30,000 threshold required to work in the UK declared by the Prime Minister as the cut-off for jobs considered unskilled. This wage is an enticing prospect for graduates from all over the world deciding which field to apply their expertise.

However, tensions remain about EU (and all other non-UK nationals) taking up positions that could be filled by a UK citizen. Volatile Brexit sentiment, for and against, continues to cast a shadow over what could be an opportunity to become a country truly open for business with the world.

Although no one knows the true effects of Brexit, we can expect how we do business to change. It doesn’t matter at this stage if we are facing a ‘Soft Brexit’, ‘Hard Brexit’, or a ‘No Deal Brexit’. Change is the only certainty.

According to the British Chamber of Commerce the key areas for change that all businesses need to prepare for are:

Rules of Origin in UK-EU trade

Their helpful preparation document for UK businesses to prepare for all possible outcomes can be found here.

Brexit’s Impact on Medical Industry – Movement of goods and stockpiling

The Brexit Health Alliance have estimated that 82 million packs of medicines move between the UK and the EU every month. It stands to reason that the slightest delay in these trade routes will cause significant supply issues for wholesalers, distributors, and end-users.

A ‘no-deal’ Brexit would mean the biggest disintegration of the complex regulated medicines market in Europe. —Laura Collister, BioIndustry Association, The Scientist

The delays documented by countries outside of the EU customs union offer a stark warning. Delays can range from 157 days (Switzerland) up to 365 days (Canada/Australia) for a new product to hit the shelves.

Leaving the EU without a deal for pharmaceuticals would risk a hugely damaging effect on the sector in the UK. Free market restrictions will threaten £11.9 billion in exports. It could also deny access to 446 million potential patients and consumers in the EU. House of Commons Business, Energy and Industrial Strategy Committee.

The implications for slower transportation of goods through new customs systems could be grave. Essential isotopes and temperature-controlled medicines regularly used by the NHS to treat life-threatening illnesses such as Cancer, may not survive the delay. The cost of faster transport will drive costs up and impact on the standard of care the NHS can offer.

As established world leaders in medical innovation, key players in the medical world see Brexit as an opportunity to shine.

“The gold standard of testing and regulation is in Great Britain. We would like to see proper standards on medical devices imported from other countries. At present the testing in Europe is not as stringent as the UK requirement.”
Clare Marx, President of the Royal College of Surgeons (RCS)

Indeed, Miss Marx told The Telegraph that separation from the EU would increase the quality of medical tools and devices used in the UK.

In a recent publication addressing the effects of Brexit on the medicines and medical devices, The Royal College of Radiologists (RCR) also noted that a separation from the EU and creation of new UK National procedures may improve standards in their field.

However, new systems will require time to implement. Moreover, they will require a significant and continued financial commitment from the UK government to ensure success.

We understand that the markets are uncertain, and the competition is fierce. Many customers are opting for a wait and see approach to new purchases. We can help you see through the noise and identify opportunities.

We think our customers explain it best…

“We’ve had sales-i for nearly two months now and it is has become an integral part of our sales function. It offers exactly what we have been looking for in terms of a sales tool. It can be used to not only identify downward trends in sales but also to identify additional opportunities. I highly recommend sales-i. We are looking forward to continuing to develop and make this the core focus of our sales plan moving forward.”
Matthew Courtney
Director at Crest Medical

3 Advantages and Disadvantages of Brexit for High-volume Manufacturers, sales-i.com

Effects of “No Deal” Brexit for Medical Device Sector, Emergobyul.com

House of Commons Business, Energy and Industrial Strategy Committee The impact of Brexit on the pharmaceutical sector. Ninth Report of Session 2017–19

NHS trusts ‘could run out of medical supplies’ without Brexit deal, theguardian.com

The economic contribution of the UK Life Sciences industry, PwC